As it is known, the global economic crisis that we faced in 2008 and that deeply shook our world, especially in developed countries, will completely affect our working life and will be the cause of the revolution that will later be called Industry 4.0 (Digital Transformation). laid the foundation.

Especially in developed countries such as Germany and the USA, where labor is higher, with the effect of the global crisis, studies have been started to reduce labor to the lowest/optimum, at the Hannover Messe Industrial Fair for the first time in 2011. The term Industry 4.0 was used. Later, with the support of the German government, a working group was established in the private sector in 2012, and on April 8, 2013, this working group presented the Industry 4.0 report at the Hannover Messe Industry Fair, bringing Industry 4.0 to the agenda of our world as a revolution.

When we examine all industrial revolutions before making an assessment about the Industry 4.0 revolution, we see that these revolutions are actually caused by the intelligence of human beings and their aim is to find ways to live in better conditions. Because since its existence, human beings have not been content with what they have and have always wanted to facilitate and therefore improve their way of life. Like every living thing, the purpose of human beings, who came into the world to live, is to live in better conditions; for this, if possible, the work to be done is to have other living things first, then machines and systems. For this purpose, this development will never end; It will take until people make this world a place where they just come to live.

For the first time in world history, unlike before, a revolution was announced before it even happened. Thus, the process of realizing the Industry 4.0 or Digital Transformation revolution, in which equal conditions are created all over the world, has begun. The subject started to be talked about by many people and institutions due to its popularity. As such, the concept of Industry 4.0 has been emptied, unfortunately, in our country as well as in the rest of the world. Despite all the talk and discussion, this important industrial revolution is still not fully understood in Turkey. Industry 4.0 can be considered as a form of intelligent production that is completely independent of people in production, using information and communication technologies. In other words, Industry 4.0 can be seen as an autonomy system that supports smart systems with artificial intelligence applications. In Figure 1, you can see a table of industrial revolutions and related technologies.

TELLING A REVOLUTION WITH FOOTBALL

Essentially, it is possible to describe Industry 4.0/Digital Transformation, which is an important revolution that will change not only our working life but also our whole life, by associating it with football. I want to show you throughout this article. A player on a football team can work hard and make a very good personal game. However, if this player does not harmonize and integrate his work with the work of his teammates, the team cannot achieve its goal. Therefore, just like in a football team, a “teamwork” and “team spirit” is needed in order to achieve the Industry 4.0 system or concept.

Another reason is that components within the system may not have the expertise to perform the entire system to meet growing demands. Therefore, teams may need to combine different features and capabilities of components to meet these demands.

Today, football is often seen as an industry, and the definition of “Football Industry” is now widely used. Suppose we define football as industry and football leagues as industrial revolutions. Therefore, just as there are leagues for football teams from amateur to Champions League, industries and industrial revolutions also have stages according to their level of development. In football, these levels are not levels that can be overcome all of a sudden, and each level is determined to move to a higher league as a result of the effort and effort put into it. This is also true for industry levels: to advance to the next revolution, it is necessary to pass the previous stages. From this point of view, when we see the 3rd League as Industry 1.0, we can define the Champions League as Industry 4.0. In Figure 2, we can see the table of football leagues and industrial revolutions in accordance with this definition. Let’s assume that our current football team is in the Industry 3.0 stage (league), that is, we are a First League team and our team is champion in the league and enters the Champions League. Our aim is to create a permanent team that will compete in the Champions League. Therefore, what needs to be done here is to transform an Industry 3.0 compatible First Division football team into an Industry 4.0 compatible Champions League football team. A football team consists of 21 players in total and 11 main and five substitutes who can play in each match. Of course, the team also has a coach and his assistants. As of now, Industry 4.0 is mainly composed of 11 disciplines, and we can say that many more disciplines can be added to this. The most important component of a football team is the coach. Just like in football, if the coach is an indispensable element of the team, artificial intelligence is an indispensable element in the concept of Industry 4.0. Based on this analogy, if we see Industry 4.0 as a football team and evaluate artificial intelligence as a coach and each component as a player, it is possible to create an Industry 4.0 football team as follows;

Although this team is seen as 11 players for now, in fact, the number of players will increase in proportion to the developing technology every year. As it can be understood from here, the main difference between Industry 4.0 and football is that although there are 11 players for both today, this number will not change for football in the future, but may increase for Industry 4.0. An important issue here is that all of these components must be at the same level so that a team can be formed and success can be achieved. Because adapting only one goalkeeper from the Champions League level to a First League team is not easy and does not make that team a Champions League team. When we apply this approach to the Industry 4.0 structure, we can say that the renewed system will not be compatible with Industry 4.0 if we add only one discipline, for example, the cyber security structure, to our existing Industry 3.0 system.

In the light of this information, the comparison chart in Figure 3 more clearly summarizes the relationship between football and Industry 4.0 (Digital Transformation). On the other hand, although there are many similarities between football and Industry 4.0, there are also some minor differences. I tried to summarize these differences in Figure 4.

HUMAN IS THE BASIS OF INDUSTRY 4.0

In brief, we can see Industry 4.0, which we can describe by identifying it with the features of a football team and football league, as a Champions League in today’s conditions. Therefore, in order to exist in this league and especially to be permanent in the Champions League, we have to create a good team from sustainable goalkeepers to forwards, from substitutes to coaches. So, we can’t make that team a Champions League team just by adapting one or two top players to a lower league team. From this point of view, adding only one or a few Industry 4.0 components to the existing Industry 3.0 system will not mean that the entire system has moved to Industry 4.0. Today, public, private sector, education system (universities) and NGOs need to come together to create a solution in order to move to Industry 4.0 and create a correct solution. Because people are the basis of digitalization and Industry 4.0. While transitioning from physical work to mental work, there should be a strategy and action that the public, NGOs, private sector and our education system will carry out jointly and simultaneously from start to finish. In the light of all this, I must state that all of our people, the private sector and the public should know that the transition to Industry 4.0/Digital Transformation is not an option, but a necessity. If we see Industry 4.0 as a train, we haven’t missed the Industry 4.0 train yet, but we don’t have much time either. We should not forget that we can only be successful with a very serious, fast and planned strategy. 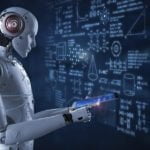 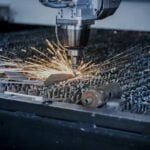 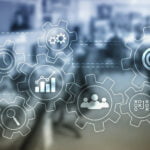 Industrial Mind in Our Age 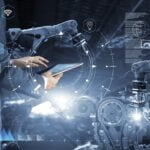